Kent Hovind's challenge to evolutionists, and other links
John Stear 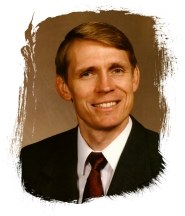 For some time young earth creationist Kent Hovind has boasted that no evolutionist will accept his challenge to provide scientific proof  for evolution.

Mr Hovind has made the following offer:

I have a standing offer of $250,000 to anyone who can give any empirical evidence (scientific proof) for evolution.  My $250,000 offer demonstrates that the hypothesis of evolution is nothing more than a religious belief.

Mr Hovind then states that in order to claim the $250,000 the following "proof" is required:

Prove beyond reasonable doubt that the process of evolution (option 3 above, under "known options") is the only possible way the observed phenomena could have come into existence.

"Option 3" to which he refers states:

3. The universe came into being by itself by purely natural processes (known as evolution) so that no appeal to the supernatural is needed.

Mr Hovind's insistence that "Option 3" is a "process of evolution" strongly suggests that (1) he doesn't understand the evolutionary process or (2) he deliberately sets out to deceive prospective claimants, or perhaps both!

Very recently two scientists, unbeknown to each other, have taken up Mr Hovind's challenge.  The following articles indicate clearly that Kent Hovind's $250,000 "challenge" is completely and utterly bogus.

Is Kent Hovind a Liar too?

The Dissertation Kent Hovind Doesn't Want You to Read: A Review of Kent Hovind's Thesis

Is There a Doctor in the House?  (off site)

Hovind Refuses to Debate!!  (off site)

Unmasking the False Prophet (off site)
Barbara Forest
Mr Hovind is a liar.  He lies about science - he even lies about Christianity, and he lies about his credentials.   Why is it that those who support creationism don't demand accountability from  their icons?

An Open Letter About Kent Hovind's Seminar (off site)

Analysis of Kent Hovind (off site)

Some of Hovind's Quacky Quotes (off site)

The Wild, Wild World of Kent Hovind (off site)

Kent Hovind and the Protocols of the Learned Elders of Zion

Linda Safarli's notes on Hovind's visit to
the Puget Sound area  (off site) Kent Hovind: Brainless in Seattle?  (off site)

How Good Are Those Young-Earth Arguments? (off site)
A Close Look at Dr Hovind's List of Young Earth Arguments and Other Claims
Dave E. Matson

Who is Richard? (off site)