Dedicated to my son, Adam.

People once figured the Earth to be flat--- 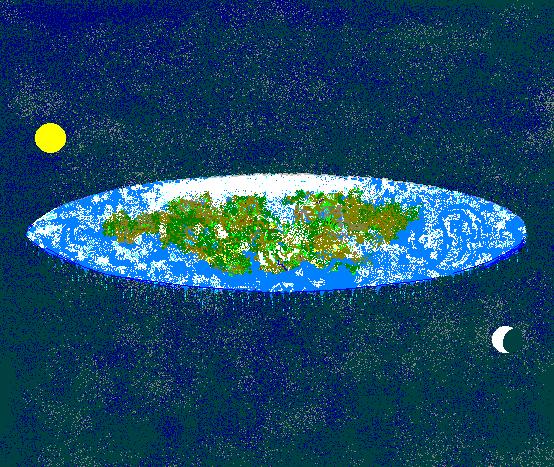 But now anybody knows better than that.

Some fanciful notions have come into doubt 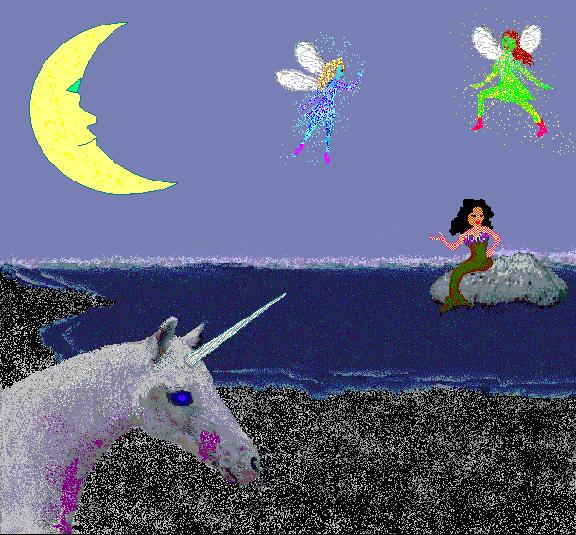 Since science developed and straightened us out.

A person who wondered might once have been told, 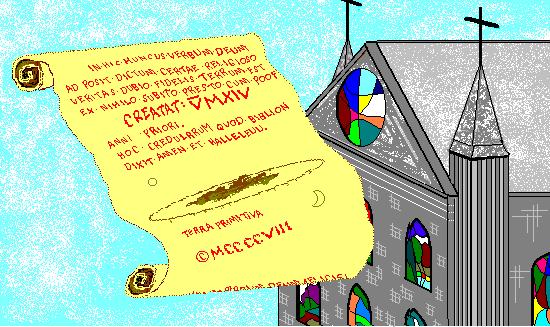 "The world is six thousand and fourteen years old."

We find, using methods and data they lacked,

Some four point six billion is closer to fact.

The Bible, it turns out, is not the last word

As to what sorts of things very likely occurred...

The truth is amazing and makes a great story.

Here's how it began-all this wonder and glory: 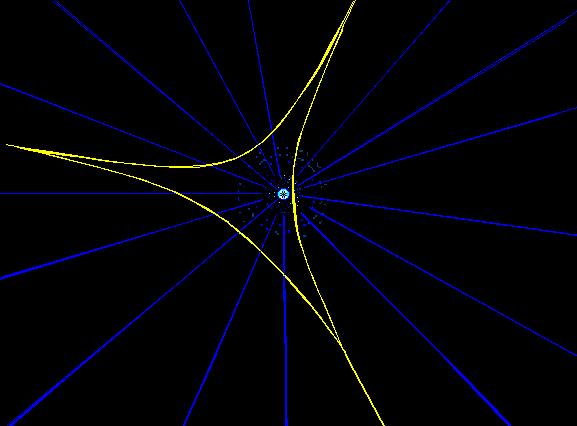 The very beginning of all time and space

Was when an expansion, the Big Bang, took place.

All matter burst into existence that day;

In an instant the whole thing was well underway.

Uncaused and uncalled for, totally free.

The birth of a universe starts rather small,

A point full of cosmos with no room at all.

What else could have happened? It had to expand.

A flurry of quarks and neutrinos and such,

All too energetic to organize much... 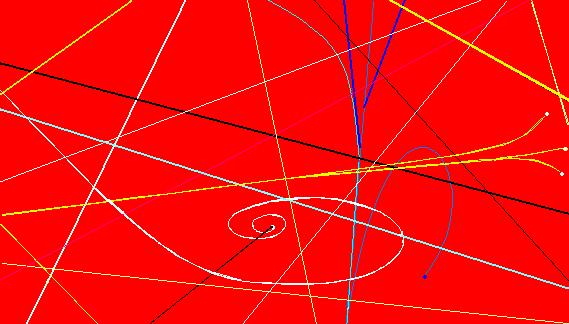 For thousands of years that's about how it went,

Till some of the worst of the heat had been spent.

Once things sufficiently cooled, by and by,

The protons and neutrons became nuclei...

They captured electrons that happened to pass; 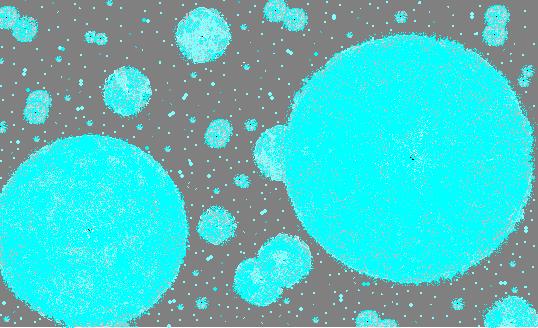 Thus hydrogen, helium: all was a gas.

They were young, to be sure, but the first atoms knew

That hydrogen makes the most sense as H2.

There wasn't much to them, but these little jewels

Were the new universe's first molecules.

A friendship, a sharing, with two joined as one,

Was one of the very first things ever done.

Weak among forces is gravity; hence,

The earliest stars were quite slow to condense.

But once that had happened, a process could start: 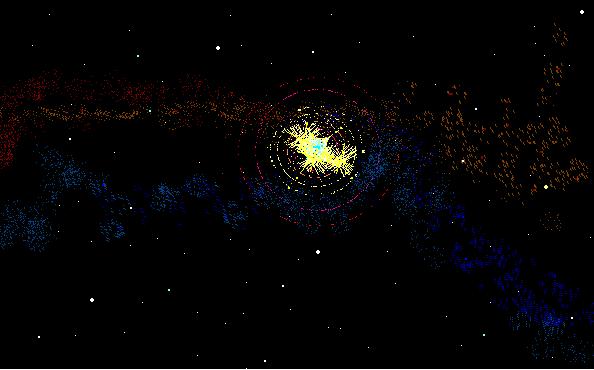 The fusion of elements in a star's heart.

Were strewn through the heavens to meet, mix and match.

Then chemistry happened, and something quite nice---

The first worlds of metal, of stone and of ice.

Near the edge of a galaxy lovely and bright,

A circumstance came up and turned out just right...

Space-dust and hydrogen drifted and swirled,

And formed the nine planets, including this world.

Near the edge of a galaxy lovely and bright,

A circumstance came up and turned out just right...

Space-dust and hydrogen drifted and swirled,

And formed the nine planets, including this world.


At the center, when gravity's project was done,

There dazzled a nuclear furnace---the Sun.

Who'd have thought that a planet and moon might arise 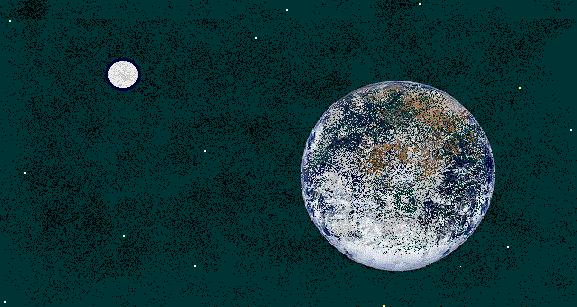 At moderate distance, and just the right size?

The freshly formed Earth was a pretty rough place,

As comets and meteors slammed in from space.

We'd choke on the gases of that atmosphere, 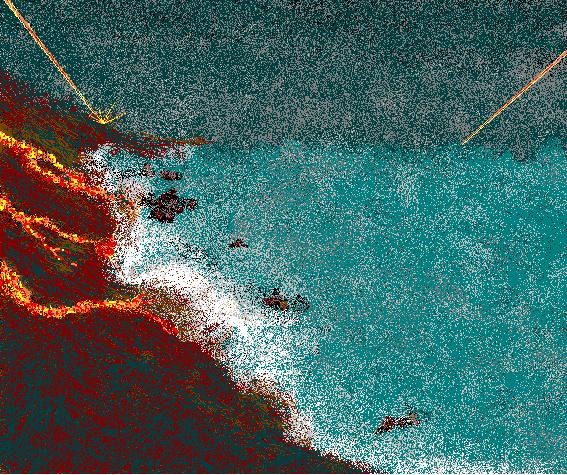 But those were the very conditions it took

For the chemicals we are all based on to cook.

Would boil in the puddles and bake on the rocks. 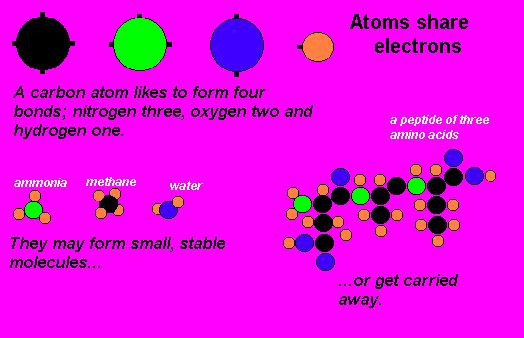 Your average atom is rather strong-willed,

Devoted to having its orbitals filled.

That urge to get organized, given the chance

Though some may debate it, through science we know

That's how life got started, a long time ago---

RNA segments, and such things as that.

And so the time came when a molecule found

It had copied itself from the parts all around.

From that moment forward, its numbers would swell

Since copies of copies could copy as well. 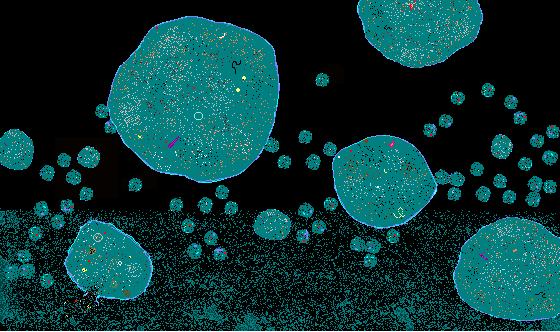 Tiny bubbles and globules with promise inside

Washed down to the sea via river and tide.

It all came together each day on the shore.

Nothing wonderful comes of such things overnight;

In dozens of millions of years, though, it might.

The order and beauty developed with time---

"Why not?" is the great living reason and rhyme.

One case out of trillions at random succeeded

In starting a cycle of enzyme production,

Or any such breakthrough in life's new construction.

The very most ancient of fossil rocks tell

Of bacteria, algae, and that sort of cell.

At last photosynthesis came to exist 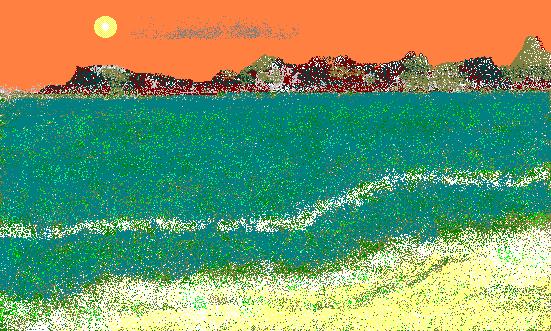 And oxygen bubbled up into the mist.

When changes (mutation) produced something new

That helped ancient cells in the business they do,

The feature passed on to a next generation

And gave them that edge in the new situation.

In the struggle to get the most out of existence,

But then the wee scamps hit upon something new, 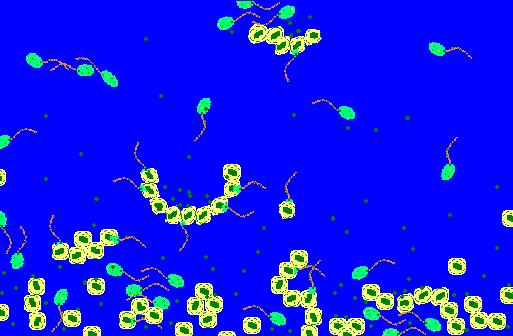 Discovering they could cooperate, too.

That's when the adventure got into high gear,

With sea-lilies, trilobites, mollusks and worms 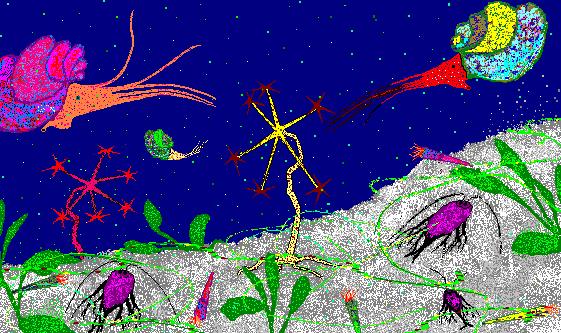 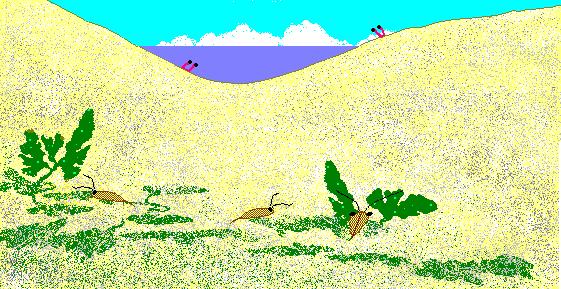 Of species that washed up on warm, ancient sand,

A few mutants happened to thrive on dry land.

It took a long while (there was really no rush),

But the one mighty continent turned out quite lush.

And changes in climate when much of Earth froze...

Disaster, however, can bring a new day--- 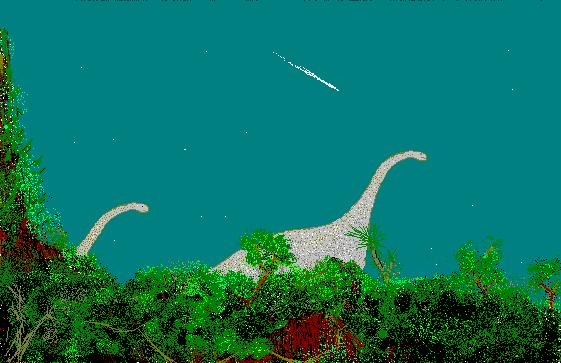 The mightiest animals ever, they say,

Dinosaurs ruled all the Earth in their day.

Their images awesome, they still fascinate

As everyone digs dino sagas of late.

Those giants were ages asleep in the ground

When some of the warm-blooded furries around

Adapted to life in the trees for a change,

The safer to sleep, and the farther to range.

The babies of those who proved clever and able

Would likely have lives that were longer, more stable;

Their bright eyes reflected the greatest of gains, 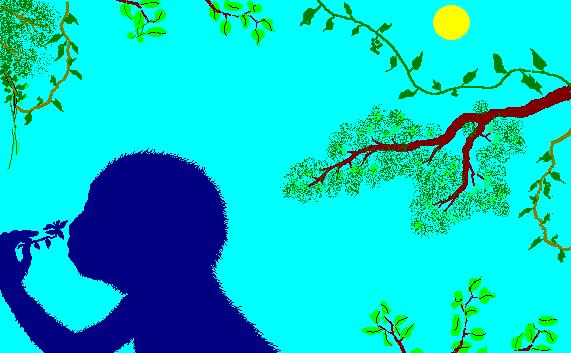 A few million more years and here we all are,

Looking back on the fortunes that brought us this far... 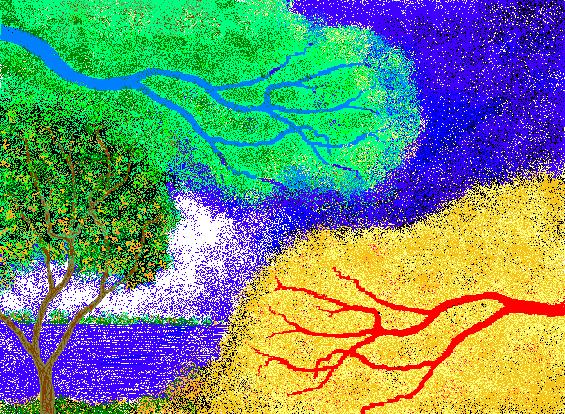 In light of the truth about how we got here,

This life is most meaningful, special and dear.

With wisdom, as children of marvelous birth,